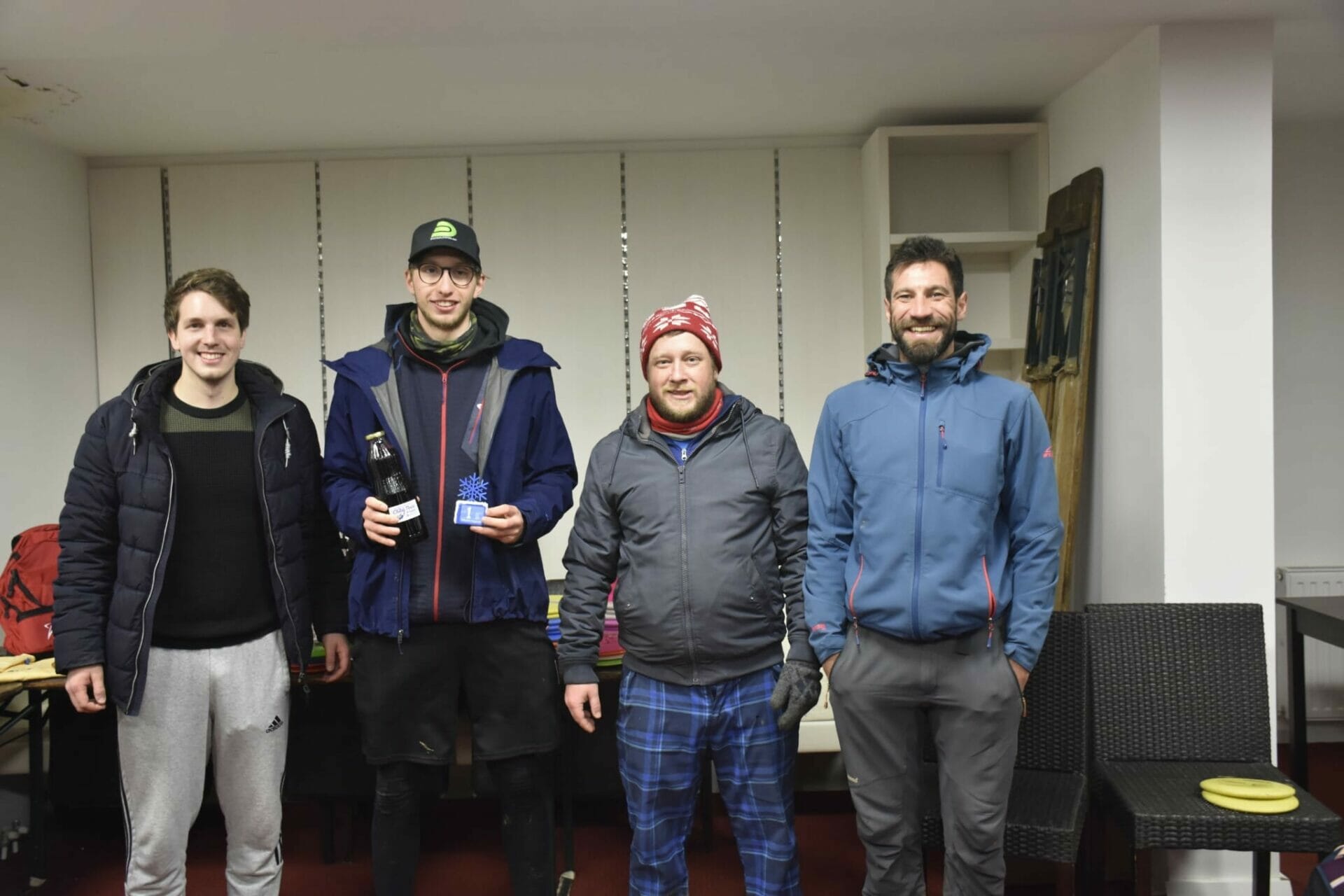 On the 22nd of January 2022 the Frosty Hills tournament took place in Sveti Martin in Croatia.

45 Players made their way to the 14 hole course of the Sveti Martin Spa. As always, Dinko Šimenc and his team made a great tournament happen.

In the first round, the MPO Division was led by Otfried Derschmidt (AUT), tied with our team member Niklas Schaffer (AUT). In the FPO Division Raphalea Narath (AUT) led the field by one stroke.

In second round, Niklas Schaffer (AUT) again played a solid round and took home his second carrier win and the first win for our Team Discgolf4you. On the second place in MPO there was a three-way-tie of Anze Mlakar, Aleksandar Bato Sudžukovic and Marko Marcec,

The Purple Division was won by Borna Vardić followed by Adrian Liber and Tomislav Kačavenda.

He started with a birdie but had some troubles with hitting distances and approaches due to the elevations on the course. After the first half of the round, he found himself in some mentally distress with a score of +2. In the Back 7 of the first round, Niklas found his rhythm again and started to birdie. As he thought, the chance to gain a good result is already gone, he found out he is tied for the lead with Otti.

The Austrian talent knew he has to play strong in the second round as there were more than ten players within just two strokes. In the second round, conditions were bad. In strong winds, and heavy snowfall, Niklas started with an unfortunate bogey but managed to stay focused. On the demanding Par 4 Hole at the end, tied for the lead, he was the last one to step on the tee. Knowing everyone else threw OB, he told himself to play safe at the drive and attack on the approach. This plan worked out perfectly as he scored a Tap-In-Birdie while the rest of the card scored double bogeys.

With a two-stroke lead, the Austrian played save and took home his second victory.

Our team member was happy to achieve the first win for Team Discgolf4you at the tricky course of Frosty Hills 2022.

Niklas wants to congratulate all the other winners, but especially Raphalea Narath for taking second place in the FPO Division.

Last but not least, he wants to thank Dinko and Croatia Disc Golf for organizing Frosts Hills 2022 and his friends at Disc Golf Club Graz for mentally supporting and being with him.

You can find the scores of the Frosty Hills 2022 here.

If you would like to support our team, you can find Discgolf4you promotion material here.

The picture of the article was taken from the Lagoda Disc Golf Facebook page (https://www.facebook.com/lagoda.disc.golf)