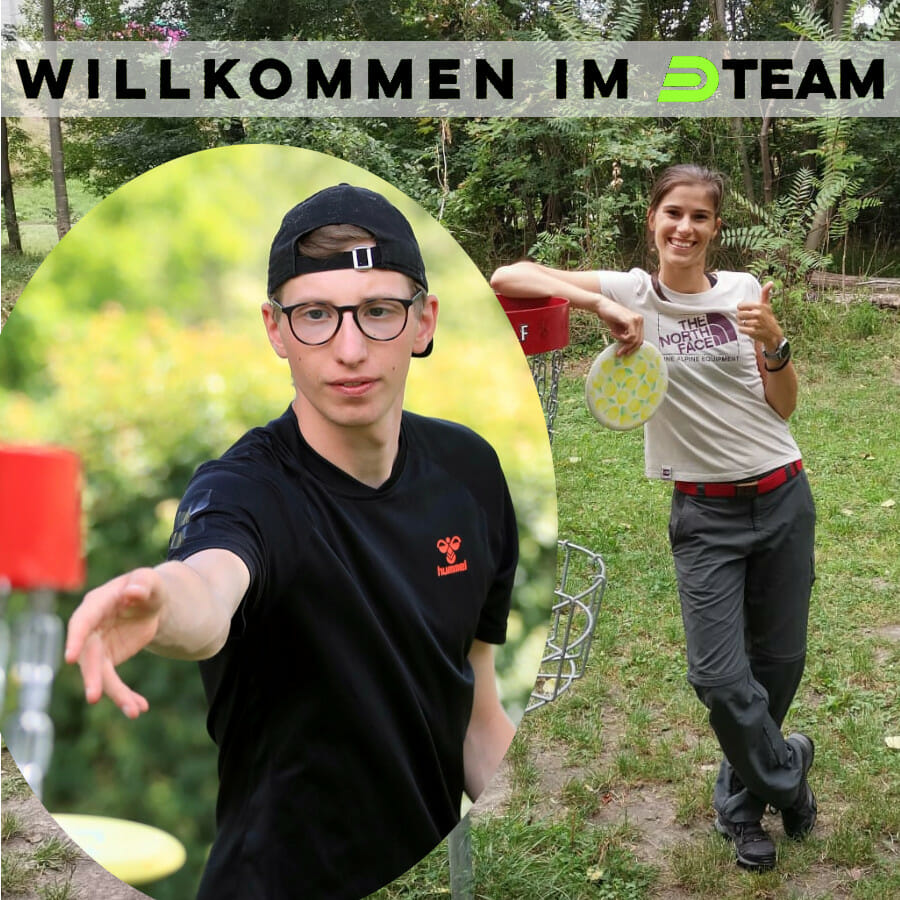 We are very happy to announce that Elisabeth Daffert and Niklas Schaffer will represent the team Discgolf4you in the upcoming season.

The vivacious Viennese wears the PDGA number #137662 and is a member of the Vienna Hurricanes.
She has had her PDGA number since 2020.
In 2021 Elisabeth made the breakthrough: she was in the TOP4 in each of the 7 tournaments played in singles. With these great lines, she is also the winner of the Austrotour 2021. Her season highlight was the sovereign first career victory at the Vienna Singles National Championships in the FPO Division.

The young Austrian knows exactly what she and her discs are capable of. The student does not throw her clever game overboard even after a spit-out or a bogey. Her player profile is rounded off by a particularly good “connection” with trees, which often give her good kicks back in return.

Dear Elisabeth, we are happy to have you in the Discgolf4you team!

The young man from Graz has the PDGA number #138699 and is a member of the Disc Golf Club Graz (DGCG).

The young man from Graz has the PDGA number #138699 and is a member of the Disc Golf Club Graz (DGCG).

Last year Niklas showed up more often with good rounds and is working hard on his consistency.

The season highlight was probably the first career win (with 5 strokes lead) at the Merry Forester in Croatia. Discgolf4you is especially happy about this, because this triumph was achieved shortly after the first talk about a possible sponsoring contract. This is probably the best omen for the following cooperation that one can wish for.

Niklas is doing well in the hotly contested field of the MPO division and wants to finally establish himself at the top of the field in 2022. The student always has a smile on his face and is known for his great drives.

Dear Niklas, we are happy to have you on Team Discgolf4you!

We were able to put together a great team and are looking forward to the upcoming season.

If you want to support Team Discgolf4you, you are welcome to do so by buying a cap under accessories. During the season we will add some more items under this heading.

If you want to have an overview of the tournaments in and around Austria, we recommend you to have a look at our tournament calendar 2022.